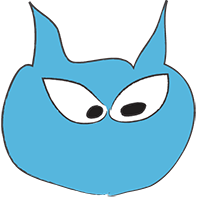 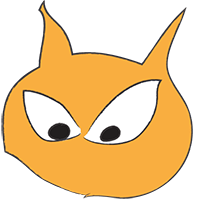 The Outside Adventure of Liza and Louie is a delightful story about the adventures of two cats who temporarily escape from their home.  The children’s book features full color illustrations and story by Paul Myrick.

The book is available on Amazon in both printed and Kindle reader formats. 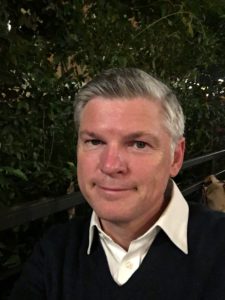 Paul Myrick
Author of The Outside Adventure of Liza & Louie

You might be wondering how this book came to be.  Paul adopted a rescue cat that was originally named “Houdini”; however, in honor of Liza Minnelli, he decided to call her “Liza”.  After being in her new home for about a week, Liza went missing — she had somehow gotten out of the house and went over the six foot high fence in the back yard.  All that was found was a tuft of hair on top of the fence.  It was evident why she was given the name “Houdini” by the rescue agency — she was an expert escape artist!

Paul was in a panic over Liza’s escape because she had only been in her new home for a week. He feared she would try to return to her previous home, as cats are known to do.  And a week’s time was certainly not enough time for the cat to bond with her new human and home.

Robocalls went out to local residents, signs were put up in the neighborhood and, of course, Paul searched the surrounding area calling for Liza.  After about 24 hours, Paul was totally distraught since Liza had not been found.

Paul took to his bed feeling the situation was hopeless and he’d never see Liza again.  A few minutes later, his partner came up the stairs and entered the room with Liza in his arms and exclaimed, “Look who’s back!”  Apparently, she jumped back over the fence into the yard and came right up to the  door.  What a relief!

A few months later, Paul adopted another rescue cat he named “Louie”.  By the way, Louie’s original name given by the rescue was Firebug.  He kept thinking about what Liza might have done while she was away and decided to write the story of The Outside Adventure of Liza and Louie. 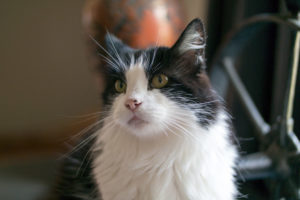 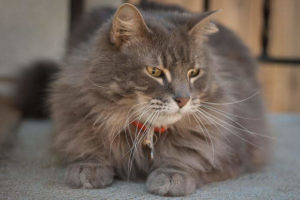 Sadly, both Liza and Louie have passed away after living full and happy lives. They’ll always be remembered and missed and Paul thanks them for inspiring this book.